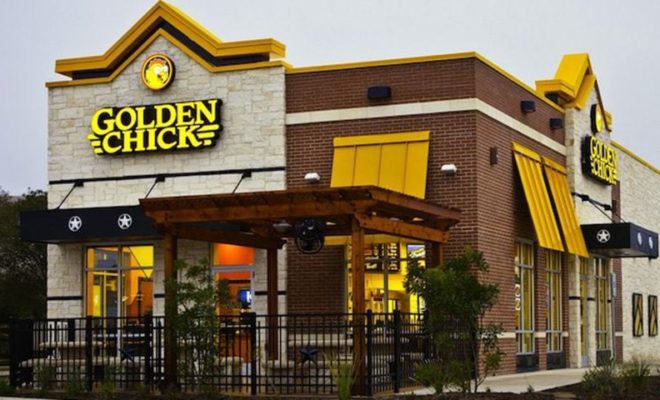 This long term fast food chain has been around since the late 1960’s and has sincerely earned its reputation as a family favourite. The wonderfully seasoned fried chicken has been filling the nation’s stomachs for over 40 years, bringing smiles to generation upon generation of families. Not only that, but their fried catfish is another one of their delights.

Golden Chick is particularly famous for their “Golden Chicken Tender.” These tenders are legendary as they are only made from the chicken tenderloin, which is the finest, juiciest cut around. However, their entire menu is a delightful mix of fast food as well as healthy alternatives, ensuring everyone is satisfied. 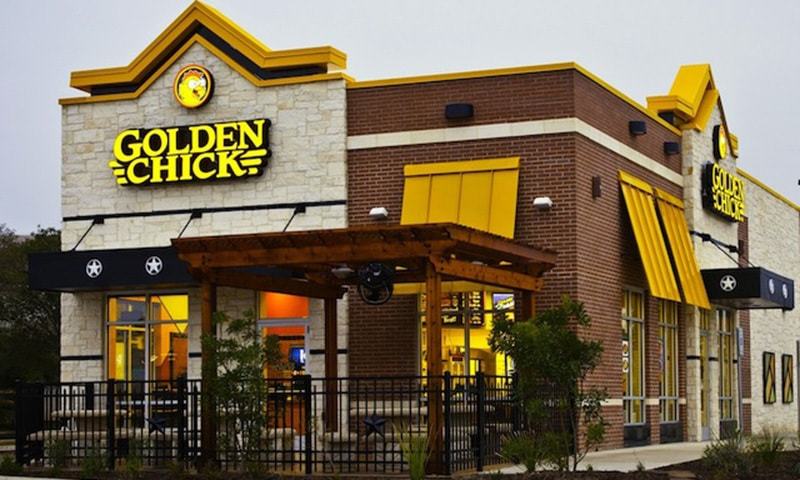 Golden Chick began life with the name “Golden Fried Chicken” and was the brainchild of a former franchisee of an alternative fast food brand. This franchisee believed that there must be a better way to franchise a business and thus began the chain. This was in the late 1960’s and the first location was opened in San Marcos, Texas.

The brand initially expanded at a steady pace with a high focus on quality rather than quantity. The founder perfected the marinade and batter recipes, along with creating a vast chicken focused menu that would satisfy the whole family. After this extensive fine-tuning the owner began official franchising in 1972.

It was in 1982 that the founder sold the chain, at the time of the sale they had grown to a modest 39 locations. At the beginning of development, the majority of the stores were located in central Texas. However, after the sale, the brand saw some much more rapid development.

They now have over 150 locations and you’ll be able to find stores across Texas, Oklahoma and South Carolina. There is also a new location due to be built shortly in Florida. Despite this massive expansion they still dish out some of the tastiest, juiciest dishes around.

The Golden Chick locations are all brightly decorated in a muted yellow, with natural looking tiles and wood panelling. They are well-lit, clean and modern with a range of convenient seating options. The staff are professional, helpful and efficient and are highly rated for their attention to detail.

Their Golden Chick Menu Prices consists of a selection of: combo meals, family meals, salads, sides, extras and drinks. They also offer a range of ‘Party Paks’ which can cater for 15, 25 or 50 people and offer a combination of different Golden Chick house favourites. With each of their meals you will have an option of a main meal, various amounts of sides as well as a choice of a drink.

Golden Chick Menu Prices are also something that has helped them retain their well-thought-of reputation as they are very reasonable. A combo meal will cost around $5; while a family meal will set you back a mere $20. Overall, this brand’s dedication toward quality meals, and a family friendly environment have ensured that they have remained one of the nation’s favourite fast food chains.