The future of Pasta: trends from Italy 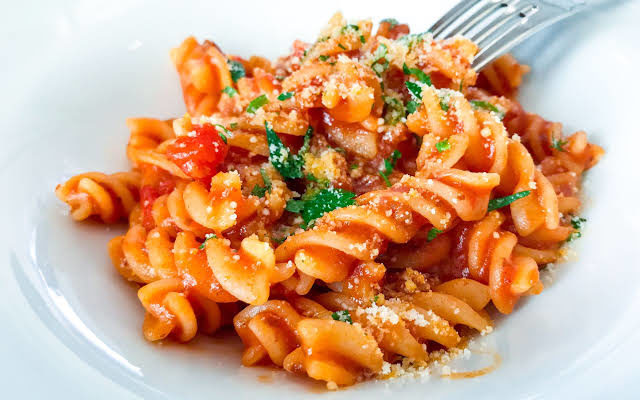 Italy is the first producer, exporter and consumer of pasta and pasta products worldwide and from this country we can try to grasp the future of pasta: according to the intelligence collected from the Italian Food Union in 2018, the Italian pasta manufacturers, known and Pastifici, produced 3.370.00 tons of macaroni products with a 0,3% increase on the previous year, half of this volumes ended up exported to other countries.

The Mediterranean country consumes itself 23 kilograms per capita per year, an impressive volume making Italy the biggest pasta consumer worldwide with 9 out of 10 Italians eating pasta on the regular. It is from this expertise and love for the product that Italians create the pasta of the future and intercept the lifestyles of tomorrow keeping their edge in the market.

Today, in order to satisfy the growing global demand for macaroni, Italian pasta companies such as Pastificio Rigo are developing innovative recipes with new ingredients such as multi-cereal options, wholegrain, gluten-free or legumes and pulses flour based as well as pasta enriched with vitamins and minerals catering to the superfood trends.

Up until a few years ago, wholegrain pasta was just a rising trend, while in 2019 the consumption doubled. Besides the trend for more healthy foods, translating into macaroni products that are richer in fibers and lower in gluten, we are witnessing a transformation in the taste appreciation as well. Pasta manufacturers and suppliers are investing substantial amounts in research and development, as much as 10% of their turnover on average, in order to create products that ride the wave of consumption pattern changes.

READ ALSO:   The ultimate guide in achieving the customer's satisfaction

The production involves cutting edge technology and machinery, automatization in production plants, quality certifications and strictly regulated hygienic protocol: this 100 companies strong industry employees more than 7500 workers and generates a turnover of 4,7 billion euros, but it is the Italian ingenuity to really move the needle in the pasta supply chain which is increasingly challenged by foreign competition, proposing a lower quality product for very competitive prices, such as in the case of Turkey.

The process of creating a new pasta product starts from the marketing division of the company analyzing current and future consumer trends. The Research and Development follows by studying the raw material composition and ration in the recipe that will go into the mix, this is a very sensible phase, as the slightest changes will dramatically alter chemical composition that will have great effect in the processing and consumption of the pasta: how well it holds overcooking, how consistent the texture is (both external and internal), how it feels when chewed in the mouth.

After the first prototypes are produced, the teams proceed to taste in order to verify their hypothesis, file the technical characteristics of the new pasta product and a legal team verifies conformity and compliance to current regulations.

A purity law for pasta

Pasta regulations in Italy is a serious matter: the country introduced a “purity” law similar to the one famous for beer in Germany and unique in its kind. In fact, for domestic consumption, only durum wheat semolina flour pasta is allowed, in contrast with the cheapest soft wheat variation used in many developing markets, the law is n. 580 dated 1967 and indicates precise KPIs of moisture level and protein content, strictly forbidding the addition of enzymes and any other ingredient other than semolina flour, water and eggs in the case of egg pasta (and in a strictly fixed semolina-egg ratio). Durum wheat used to grow only in the south of Italy, making areas such as Gragnano the birthplace of the best quality pasta, in the North only soft wheat pasta used to be manufactured until the 50s, where manufacturers started “importing” this higher quality wheat that is now mandatory by law.

For how different predicting the future of a product in this dynamic times is, we can pinpoint some macrotrends that most likely will influence the production and consumption of pasta and foodstuffs in general:

It is likely that pasta will remain on the map for a long time as a trendy food, accessible to all and viable for all religions to eat: the Italian manner of “social” cooking and eating as a moment of socialization and entertainment can be exported to cultures where food is basically only nutrition and the cheap price of pasta will keep it accessible across all income levels.

The most flexible food, pasta can be declined to meet sustainability by using plant-based sauces such as vegetables, rather than the typical carbonara, amatriciana and Bolognese.

Every country and part of the world has its own gastronomic and culinary tastes and traditions: if pasta wants to become a truly global dish, it will have to learn to adapt. Such is the case for instant pasta that is sold in the far east, where all ingredients are cooked in the same pot with the macaroni at the same time, such procedures would likely upset most Italians, jealous of their pasta making rituals, but we don’t have to forget that pasta has been a food open to “fusion” influences from its very beginning, or didn’t tomatoes come from the America’s?

Beyond gluten-free and whole-wheat, pasta will adapt to radically new recipes: manufacturers such as Pasta Mennucci in Lucca, Tuscany, are already producing great amounts of legumes based pasta entirely produced of red lentils, chickpeas, fava beans and other rich in nutrient ingredients.

Last but not least, the biggest opportunity and challenge for pasta nowadays is meeting the raising food delivery channel. For now, pasta has not been central in the offer of delivery because of issues related to the loss of quality during lengthy transportation after cooking, those who will find technological solutions to this challenge will reap the huge benefits of this impressive trend that goes hand in hand with increasing urbanization, as new homes in downtowns start to be build without an equipped kitchen.

Pastificio Rigo is Italy’s leading producer of large shapes of pasta for oven and part of the growing Aldino network of pasta manfuacturers, with extensive production capabilities across multiple plants in all of Italy. The company now serves as a supplier and trusted consultant for brands and private labels worldwide, looking into launching profitable pasta lines by leveraging the most interesting market trends. 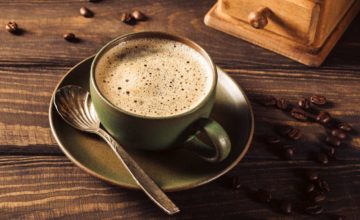