Founded on fresh food, Marco’s Pizza is an up and coming chain. Born from an Italian immigrant, this franchise aims to serve quality food. Freshly made ingredient and food have insured this empire’s growth. Their pizza is fresh, with flavors inspired by Italy. Now one of the country’s fastest growing Pizza chain, Marco’s shows no signs of slowing down.

The secret behind the chain’s success largely lies in its excellent leadership and food quality. This has led to widespread acclaim and for restaurant. The company is slowly rising against fellow competitors. Nearing the opening of the franchise’s 1,000 restaurant, Marco’s has shown amazing growth. The franchise is based from Toledo Ohio.

Marco’s Pizza can trace its history back to Italy itself. In 1966, Pasquale “Pat” Giammarco was an Italian immigrant who came to the US at age 9. Young Pasquale grew up working in his family’s pizzeria in Dear Burn Michigan. He worked with his father, perfecting their recipes. Then, 12 years since his immigration, the 21 year old business man opened his first Marco’s in 1978.

Pat slowly continued to open store in Midwest America. One thing credited for the company’s growth is their food. Despite leaving his country at just age 9, Pat still remembered the wonderful tastes of Italy. The restaurant founder went on to say, “In Italy, they take pride in what they serve, whether you go to a restaurant or to someone’s house. In Europe, if they don’t like your food, they’ll throw it back in your face.”

By 2004, Marco’s Pizza continued to grow rapidly. With over 112 restaurants, the franchise become involved with Jack Butorac. He began to consult for the franchise in 2003. Jack had worked for decades in chain’s marketing, and saw the potential for the restaurants growth. He eventually become CEO of the company. Using his resources, he created a team of experienced managers from various competitors such as Domino’s to insure the company’s success.

Today there are over 500 Franchises in the United States, Puerto Rica, and the Bahamas. The chain is the fastest growing Pizza chain in the US, and plans to open 1000 stores worldwide towards the end of 2016. There are plans for the chain to extend its reach to Asia in parts of India. Currently the franchise is on track to becoming the countries 4th largest pizza chain.

Marco’s Pizza prides itself in the quality of its food. Dough is prepared daily in store. The cheese used is never frozen. The tomato sauce used has imported spices and three types of vine tomatoes. This dedication to fresh has made an amazing taste. An addition is that the company also insures its meats quality. However, with all of this freshness comes an average Marco’s Pizza Menu Prices.

A small 10 inch white cheese pizza at Marco’s costs on average $11.00, but a Large 14 inch one will only cost 6 dollars more at the Marco’s Pizza Menu Prices of $17.00. There are several classic flavors offered witch are some recommended menu items, such Hawaiian, Garden, and some unique like Chicken Florentine and Roma Meats. Other items offered at Marco’s are salads at about $6.00, Wings, and various sub sandwiches.

These restaurants have very good hygiene ratings, as rated by sites such as Food Hygiene Ratings. Staff are motivated and kind. Several are committed to the chain’s vision of quality food and service. Wait times tend to vary from day to day. Holidays such as New Years and Thanksgiving will insure longer wait times, as are Saturday and Friday nights.

The ambiance of the restaurants is calm and simple. Clean tile bricks floors and black furniture ornate the restaurant. There are several locations across the US in 35 states like Colorado, New York, Texas, California, New York, and South Dakota. It is possible to order online from the company’s site. Delivery and take out are also viable options to order. 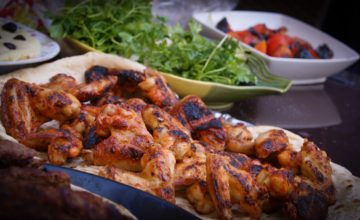